What Should Be the Purpose of an Animated Video?

Making animated videos for advertisement campaigns is one of the most effective business strategies of the 21st century. Ever since people came up with this technology, it has been used to market products and services all over the world. From Kellogg’s to Forever 21, everyone has utilized this format and gotten great outcomes. For one thing, it produces great results. Videos offer a wide range of choices to the businesses, including filmed ads with popular faces in them or videos animated for the sole purpose of marketing the product to a large and diverse crowd. With the advent of social networking, the integration of such networks with marketing videos has also changed the face of promotion by word of mouth as viewers and customers are now able to share the ad campaigns they like with their own friends and followers if they wish to. This has widened the reach of ads via the internet so greatly that these people from as far as the North America show interest in products produced in India and further.

Animated videos, in the ad industry, are a format which if used wisely and smartly can create a lasting impression on the minds of the viewers. These viewers turn into buyers and customers. Satisfied customers might even promote what they buy. That’s why those who are paid to film for ad campaigns or create animation videos must have a clear idea of what needs to be achieved from a video. 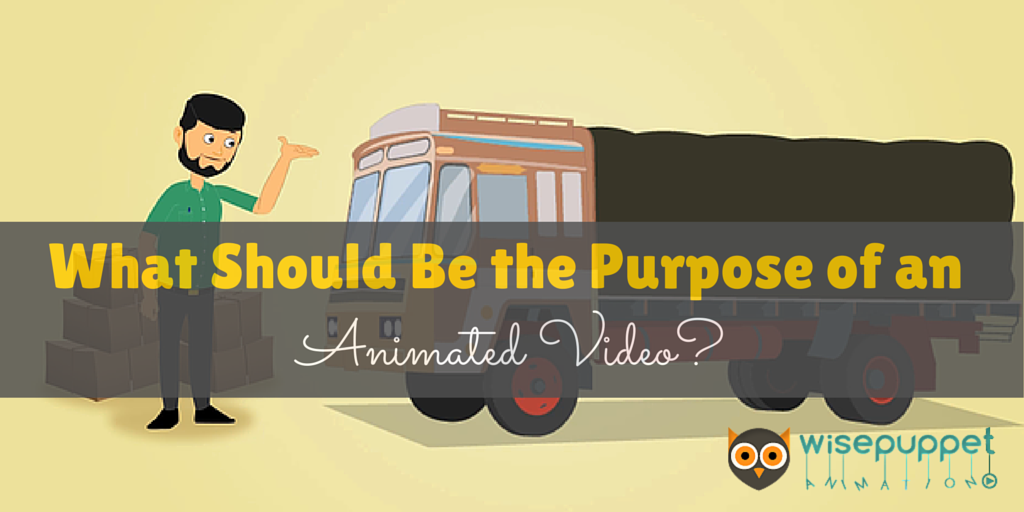 Whether you’re making a animated videos for your own business or you’re a professional who makes animated video for other businesses for money, you need to find the true purpose of the video and stay true to it throughout. That would ensure that the video is compelling to the audience. After all, if it doesn’t appeal to the viewer, they wouldn’t be interested in buying what you’re advertising either.

The object of an animated video ad is to reach out to the viewers. Whether it’s launched on television or hosted on a site like YouTube, your video should inform the viewers about your product, answer questions about it and persuade them of why they need to invest in it. It’s important to show the people these things instead of listing them down as bullet points. Even an explanation video can be created in a manner that isn’t boring at all, but impressive and convincing while being entertaining all at the same time.

Do Check Our Works!

A picture is said to be worth a thousand words. An animated video is nothing but a mass of pictures that are shown rapidly and in order. The possibilities are endless when you’re using this instrument as a marketing tool. The purpose of a video is not just getting the word out about the product it’s featuring, but also to catch the viewer’s attention and keep it for a while. If they forget about the product 5 seconds after they watch the video, it has missed its mark by a few thousand miles.

To summarize, the aim of an animated video is to sell the product it is advertising. It should be engaging, to say the least. Depending upon the creator, it might be fun, serious or even thought-provoking as long as it  fulfills its purpose.